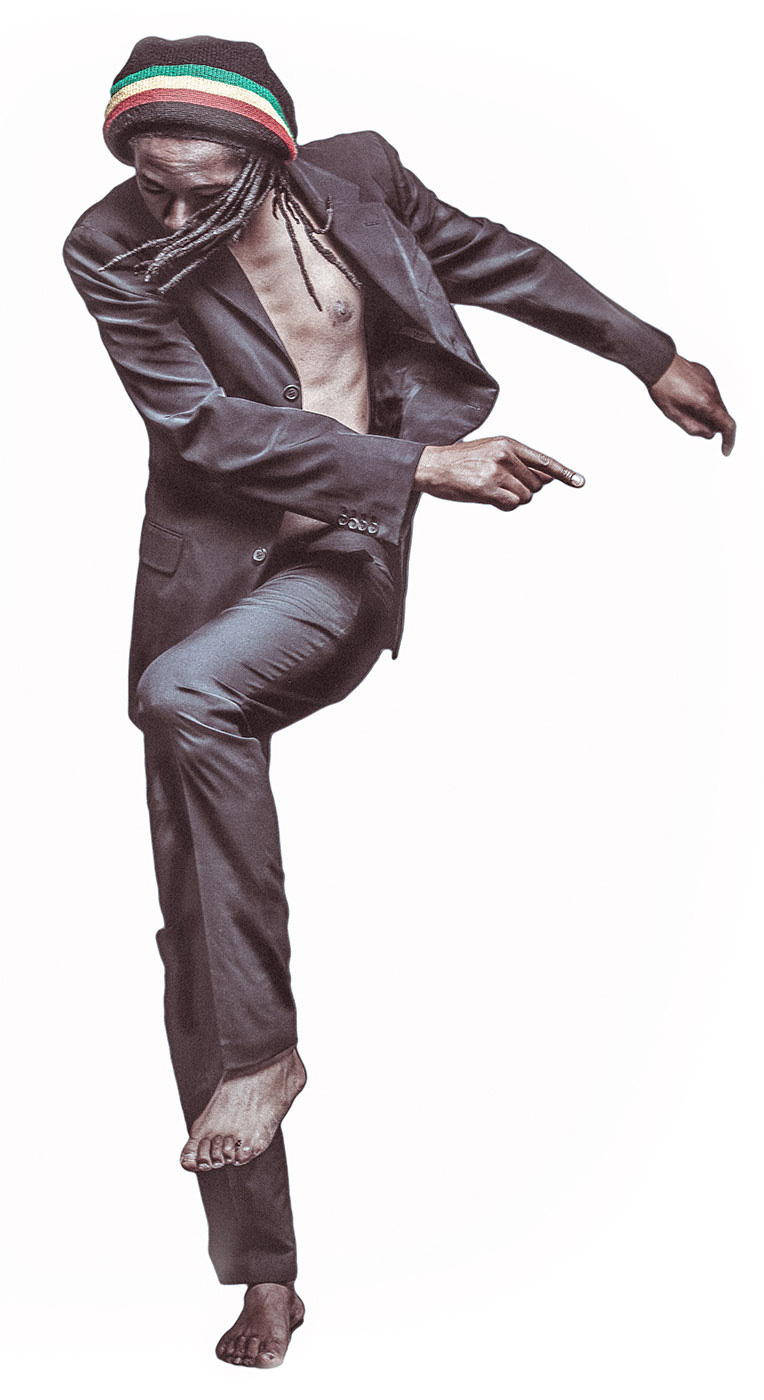 A Phocaea urban griot, it is in Marseille, surrounded by sound systems, where Toko Blaze got his forces. Sponsored by TCHATCHE, made by Massilia Sound System, Toko just started, in 1990, his professional career with the Black Lions band. His blaze did not wait to be a Black Lions success for leaving them. The adventure is only beginning…

A real skank man, rhyming words and raised fist, Toko does not stop doing innovations and labeled by his lyrics the love and crushed with his two basic cultures> African and French. His music is a multiple influences mixes that we can called a fusion of popular music from Marseille cosmopolite neighborhoods.

However, it is by the music, he finally finds his place. Somewhere between France and Africa, red ground and tar. Citizen of the world, he gives us, by his lyrics, his double vision identity> French African and proves again that words does not have any limits.